Relationships Can Be Murder (Diega DelValle #1)

Relationships can be murder. That's what Diega DelValle concludes when she finds herself alienated from her  lover because of her affair with Sheila Shelbourne, Los Angeles TV newscaster and woman-about-town, Diega's woes only increase when Sheila is found beaten to death and the police focus their investigations upon her.

Diega summons help from her three best buddies: Tully, Felicia, and Jenny. Together they delve into the world of television where they encounter an arena where ratings can be a matter of life and death. In the midst of trying to clear Diega, the four women discover that one of them has an even better motive than Diega for wanting Sheila dead—a discovery that drives a wedge between the friends. Then Diega, herself, becomes the target.  Is she the victim of one of her own relationships or is she getting too close to the truth?

Vacations Can Be Murder (Diega DelValle #3)

When her friends take Diega DelValle on an impromptu vacation to Talkeetna, Alaska, they envision a quiet setting in which to give Diega a breather from both teaching and heartbreak. However, even before the friends arrive, this small town on the edge of Denali National Park becomes a less than idyllic vacation spot. Gail Vladinski, a Talkeetna native, dies on the mountain.  Melissa Granger, Gail’s cousin and Diega’s former student, arrives in Talkeetna and raises doubts about the death being accidental. Due to Melissa’s pleas for help, Diega and her friends are thrust into an investigation of a small town and its inhabitants—an unsavory pastime that turns deadly.

Teaching Can Be Murder (Diega DelValle #2)

Diega DelValle and her friends return in Teaching Can Be Murder!
Nothing says, “Good morning!” like finding a bloody corpse in the classroom next to yours. Assistant Superintendent Zeke Chambers had no business being in Room Seven of Vista Elementary, dead or alive, but dead he was and Diega DelValle, discoverer of his body, becomes a suspect.
Diega finds out she is not alone. Her principal, Sally, has been working with Zeke—possibly too closely—on a special, secret project. Sally’s husband is none too pleased with that arrangement. Neither is their daughter who arrives on the scene suspiciously close to the time of Zeke’s death.
Other Vista Elementary employees also have a vested interest in Zeke’s unwell-being. The teacher who’s a cast-off lover. The union rep who accuses Zeke of espionage. The probationary teacher who knows more than she’s telling.

Then there are Zeke’s gambling associates and his extracurricular girlfriends, none of whom are to the liking of Zeke’s wife. Nor do his business partners outside the district appreciate him using their money to develop a competing company.
All factors collide when another body is found and Diega, Tully, Jenny, and Felicia discover that teaching can, indeed, be murder. 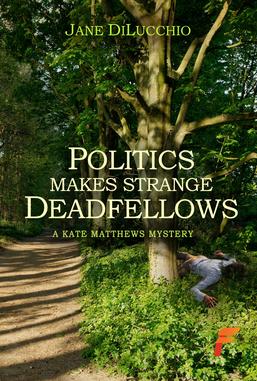 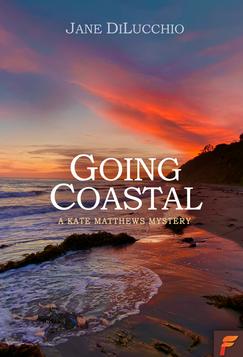 A client dying on her massage table is traumatic enough for Kate Matthews, but when the police declare that death a homicide, her life is upended as she is cast as the major suspect.

None of this is what Kate expected from her move to the peaceful, beach town of Santa Barbara, California. After a near-fatal heart attack, an early retirement from her Los Angeles law firm, and a change in careers, Kate envisioned a quiet life with her wife, Alicia, and their grown children.

Since her client, Celia Tucker, held a politically-influential position on the California Coastal Commission, the murder becomes a media event. Kate finds herself and her family sucked into the maelstrom. The former lawyer has all she can do to find the truth behind Celia’s death without adding her own name to the body count.

Kate Matthews expected to face challenges when she was elected to the Santa Barbara City Council. She hadn’t counted on her sister-in-law, Michelle, being one of them.
Kate understood that Michelle was mentally ill and periodically homeless. What she didn’t understand was why Michelle turned up in Santa Barbara only to disappeared again—until the police announced that Michelle was wanted in connection with a murder.
Wading through the morass of Michelle’s life in order to find out the truth while also handling Council politics and issues proves to be more complicated than Kate could ever have anticipated. When her wife and children become entangled in the quagmire, Kate finds out just how much she is willing to do to save her family.